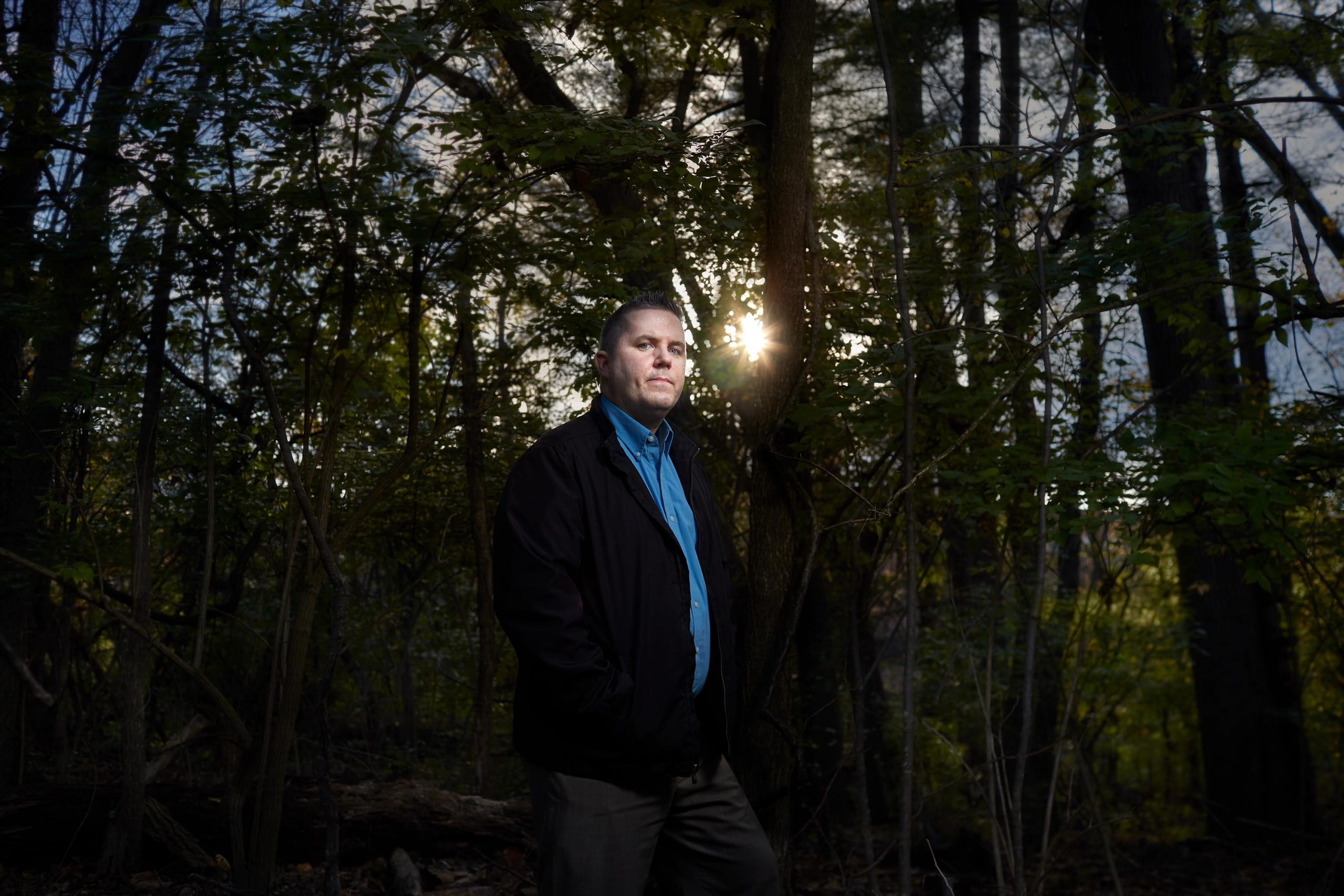 This collection of images is part of an ongoing photographic commission from Arkema Inc. Arkema is a multi-national corporation that specializes in the production of plastics and chemicals. As part of their employee newsletter, they run a series of features on employees with interesting hobbies. A write up is put together talking about the particular employee and their role with the company as well as their particular interest or hobby. I am asked to photograph the employee, profiling both their hobby and the duties they perform at the workplace. The result is often a mix of fly-on-the-wall style documentary imagery of them working, and some styled portraits that reference their hobby. I have posted some of this work in the past. This particular gentlemen (Brian) worked at their American headquarters in King of Prussia, and had written a book.

Aimed at high-school aged children, Brian’s book is a dark study of a troubled and bullied teenager, with a large portion of the book taking place in a wooded area known as The Shadows. The synopsis –

For fifteen-year-old David Collie, the woods of The Shadows represent tragedy. Four years ago, on a fishing trip, David’s father and brother drowned in the river just beyond these ominous trees, and it was David who discovered his brother’s body in a drainage pipe. Now in present day 1986, David is an outcast under constant torment from a bully named Brock. When an unseen person hits Brock with a rock, saving David, a series of events is set into motion that leads David to befriend some enigmatic people, including a homeless man living in The Shadows. But his problems with Brock soon intensify, and his mother, desperate to stop the constant violence, meets with the school principal. He suggests scheduling sessions with the guidance counselor, only his motives are more focused on using David for a radical psychoanalysis experiment. Under immense stress, David concocts an intricate plan with the help of his mysterious friends. But just as his bullies are ensnared in his traps deep in The Shadows, something unforeseen occurs—something fatal.

I talked with both Brian and the director of communications for the company beforehand and brainstormed some ideas. Brian shared the above synopsis with me, and told me more about his book and the process of writing it. Into the Shadows is set in the 1980’s and he has an interest in 80’s pop culture. This is mentioned in the newsletter. But the book is ultimately a serious story told against a background of the 80’s, and while the time period is established with scene setting details, it is not the focus of the book by any means. So we agreed that we could include references to the 80’s, but they would need to be subtle.

He mentioned that he would bring a draft of the book that had been used for editing purposes. And helpfully, there was a wooded area next to their campus that would make a convincing stand-in for The Shadows.

I elected to go in a rather dark direction with most of Brian’s portraits. I felt it would match the tone and theme of his book, especially the images shot in the woods. The ‘working’ images were a different story, and these are the images that we chose to include some Easter Eggs that reference the time period his book is set in.

Here are some other entries in this series – 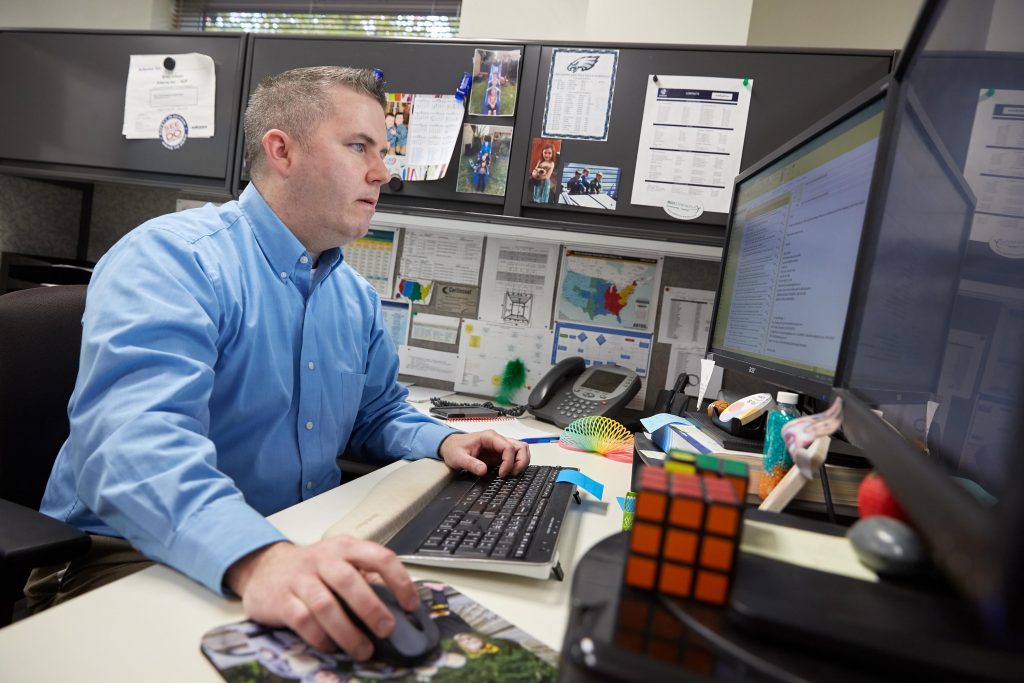 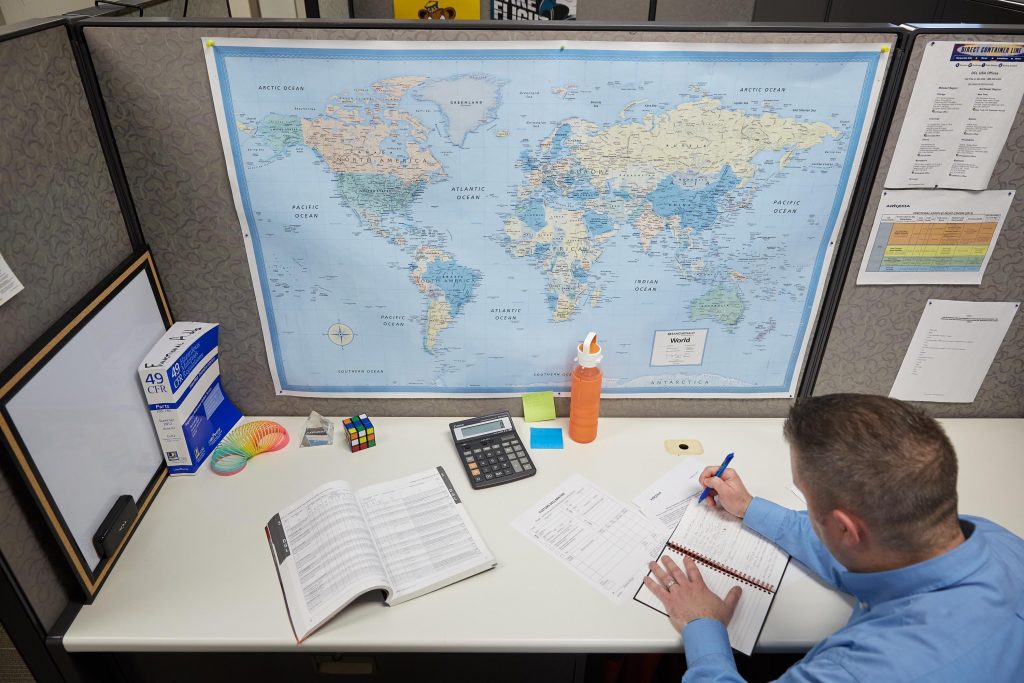 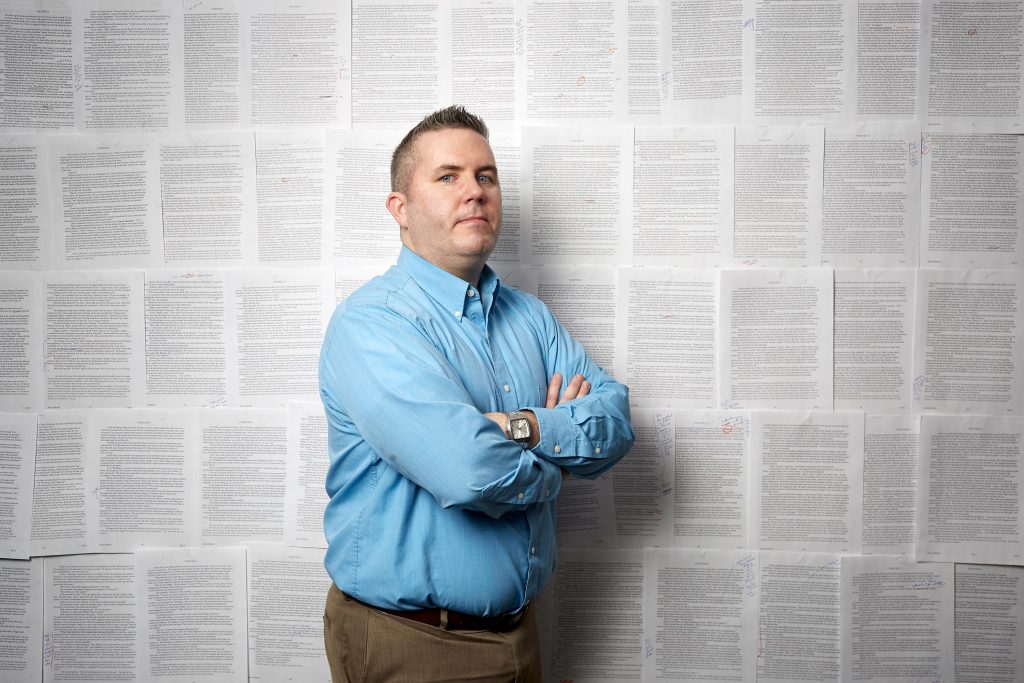 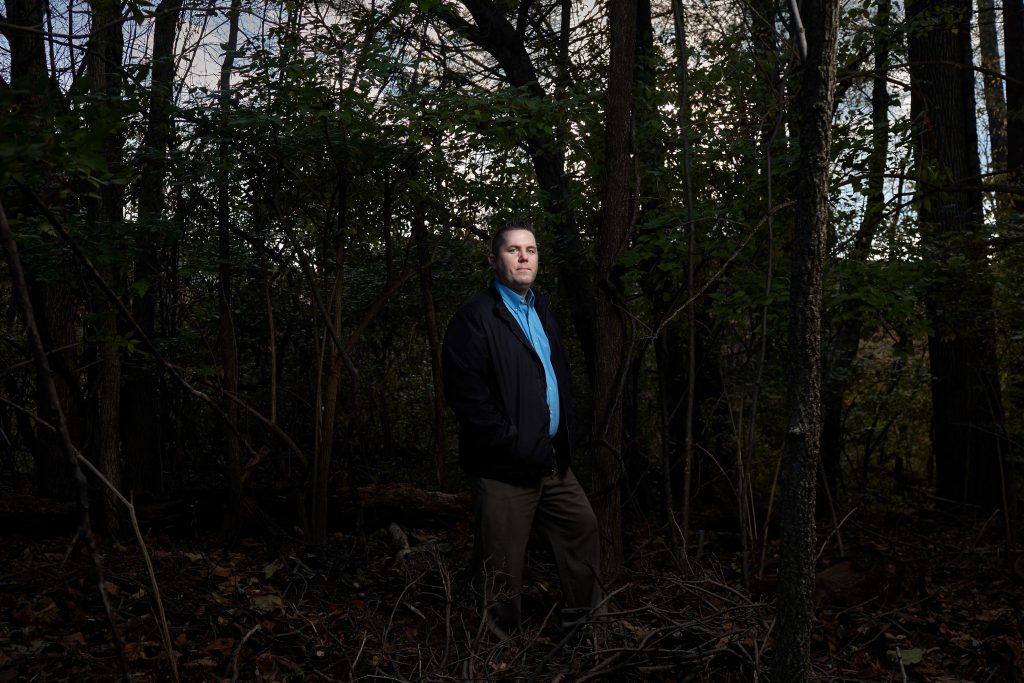 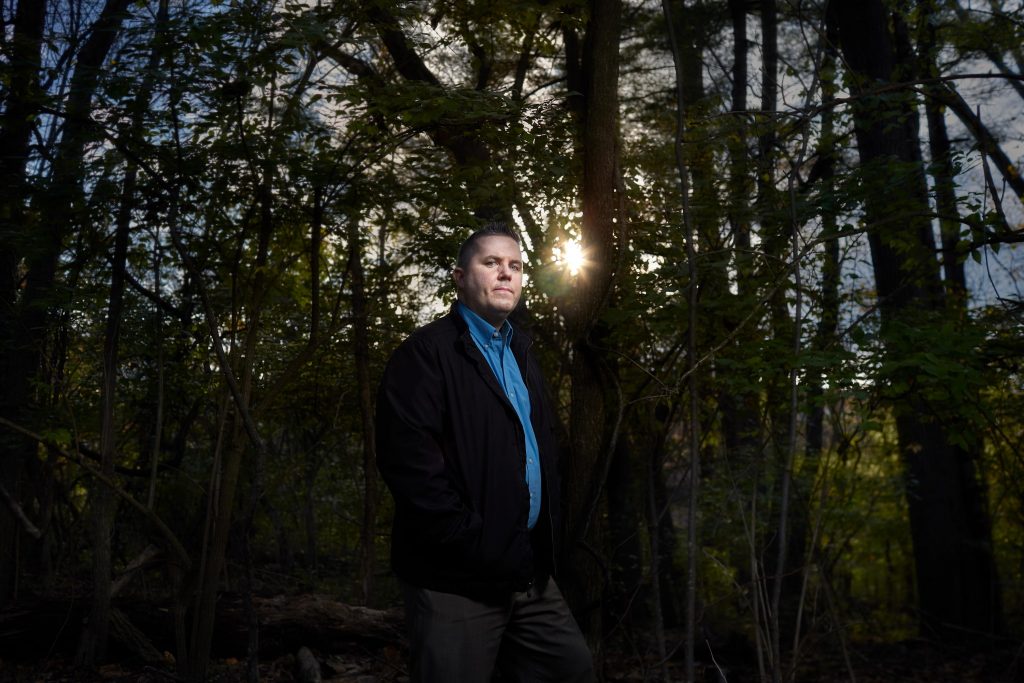