This project was a photographic commission from Arkema Inc. Arkema is a multi-national corporation that specializes in the production of plastics and chemicals .  They asked for a collection of images to support a series of features about employees with interesting hobbies in their internal newsletter. This particular gentlemen (John) worked at their American headquarters in King of Prussia. John is also a volunteer firefighter.

I hadn’t known for sure that we would have access to a fire engine for the shoot. I’d entered assuming that he would bring his coat, hat, etc. and I’d have to find creative places to shoot him in the corporate campus. But, I got lucky. John arrived with the engine and two of his follow volunteers. I took the opportunity to capture a variety of imagery with him and the engine.

While John was in no particular hurry, we had a limited time with the engine. So we had to work relatively quickly, and it ended up being a mixture of natural light and lit imagery when all was said and done. Using battery powered lighting (in this case, the Profoto B1) allowed me great flexibility with my approach.

Here are some other entries in this series – 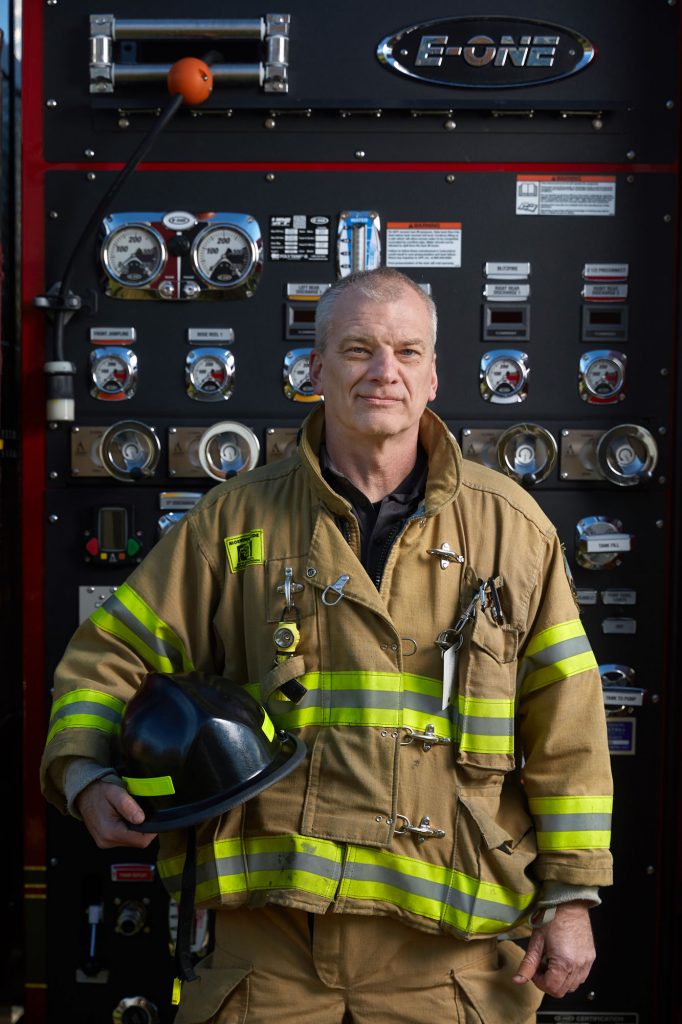 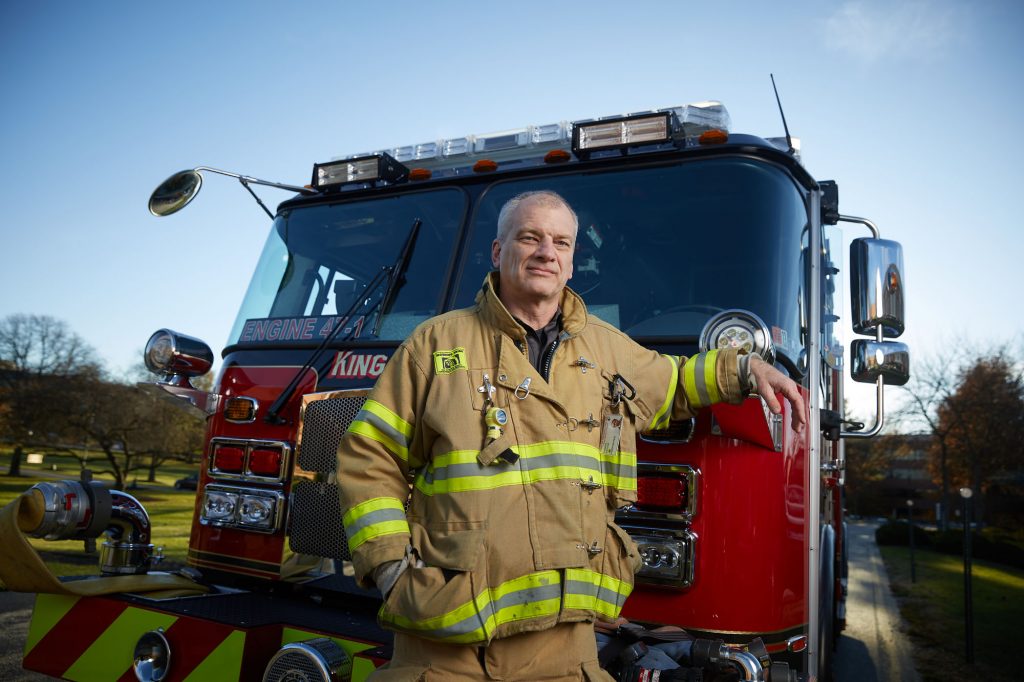 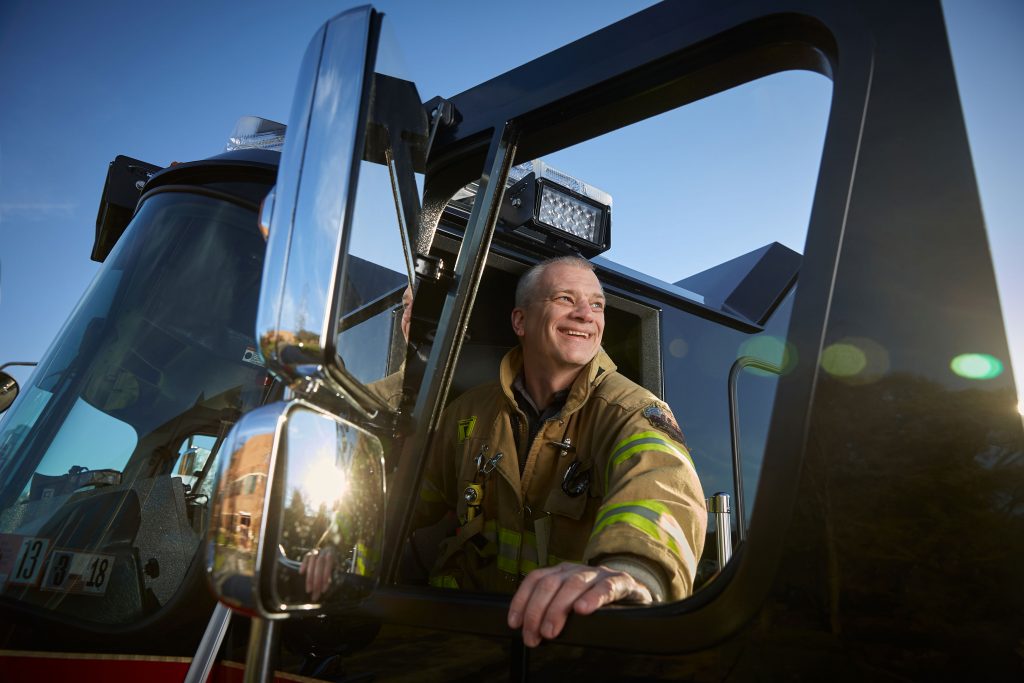 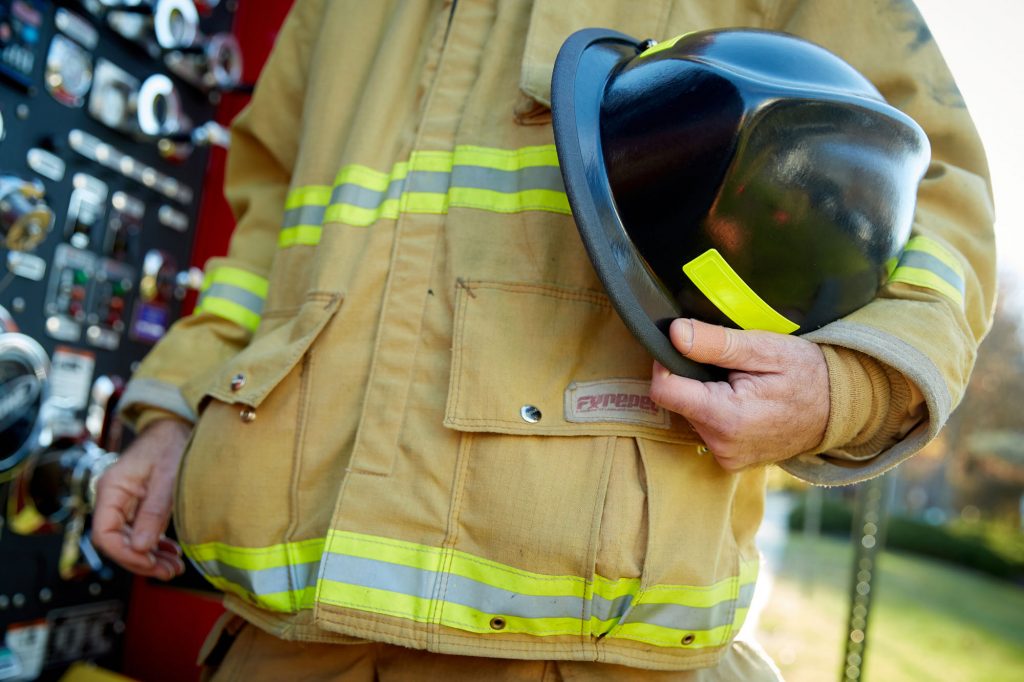 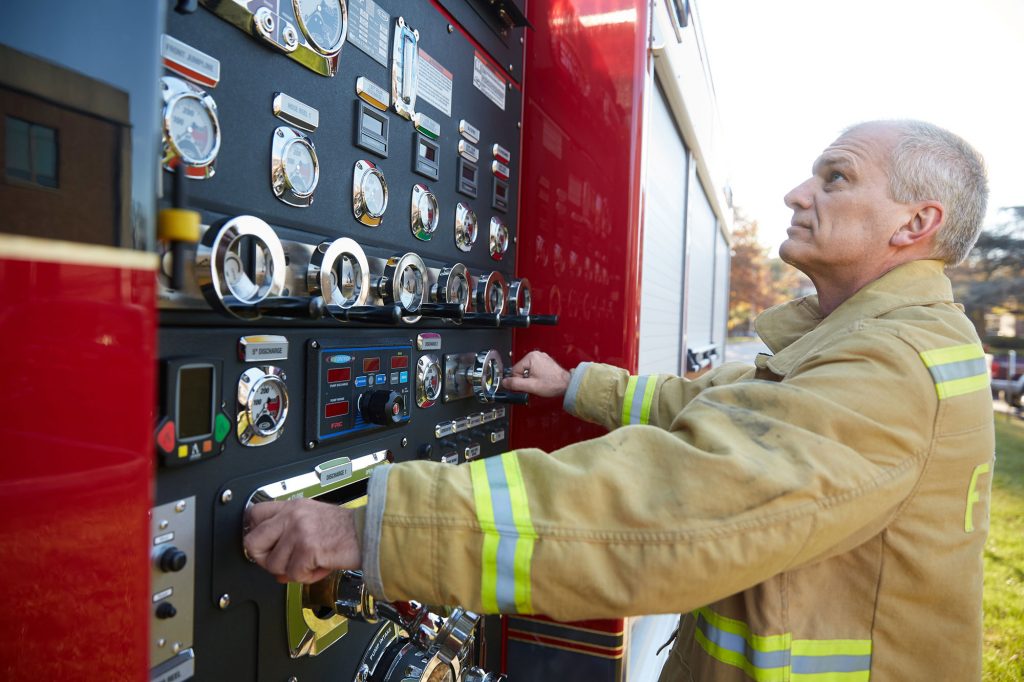