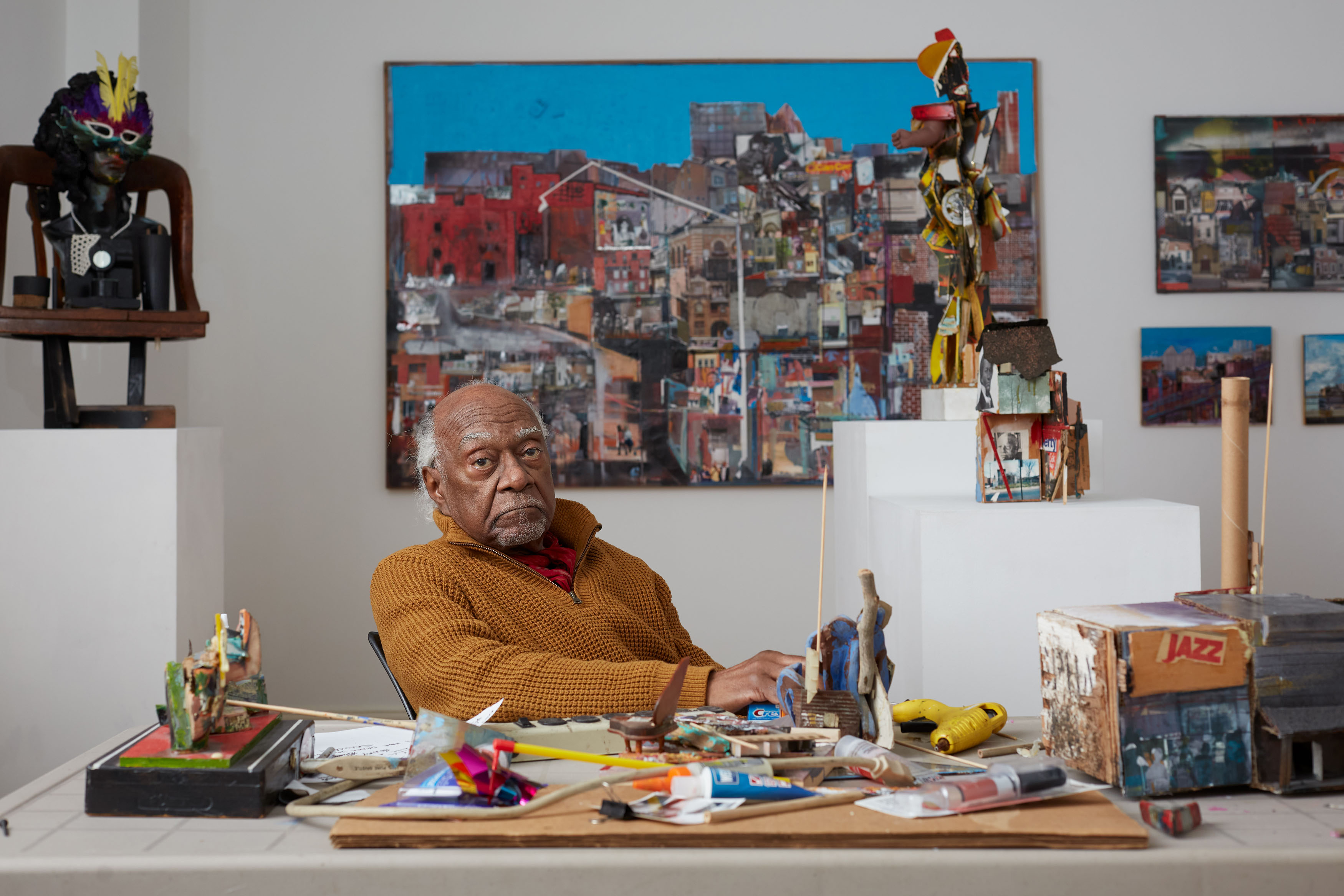 A recent commission from CFEVA allowed me to spend time with artist Leroy Johnson. CFEVA, the Center for Emerging Visual Artists, is an arts non-profit based in Philadelphia. Leroy was the 2019 recipient of the Peter Benoleil Visual Artist Fellowship, and as a culmination of his fellowship, he turned CFEVA’s Rittenhouse Square gallery space into a satellite studio for a period of two months.

Leroy is a mixed media artist, a native Philadelphian, and was a participant and activist in the Black Arts Movement in Philadelphia in the sixties and seventies. Much of that art was concerned with pressing social issues of the time, and jazz was seen as an important component in the creation of the work. He uses found objects and materials from the urban environment – referring to them as ‘the guts of the city’ – to create his assemblage work. 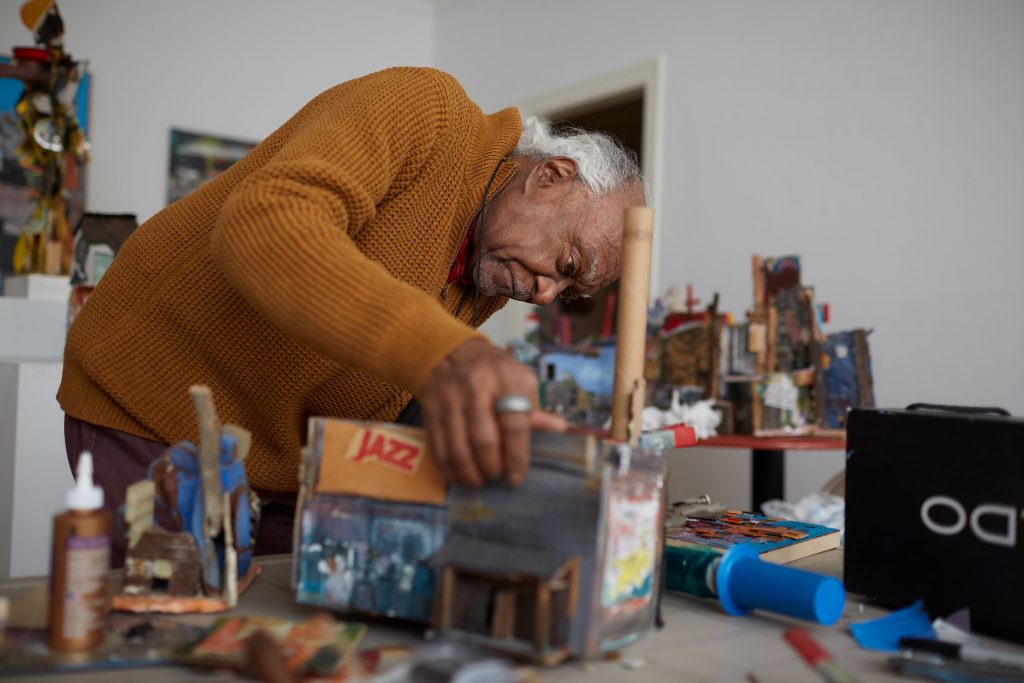 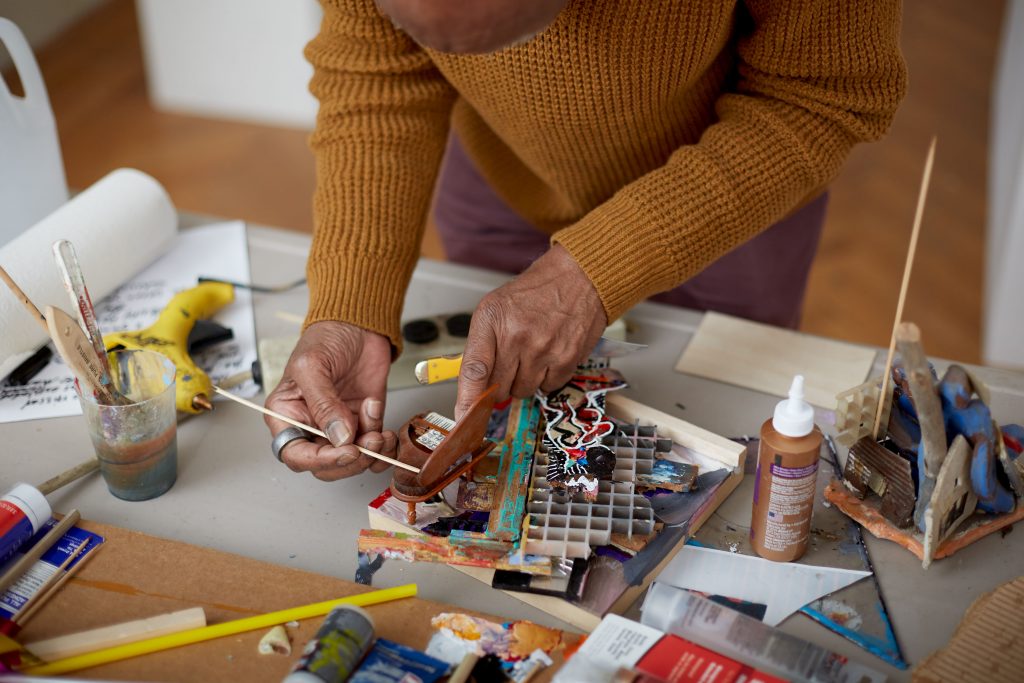 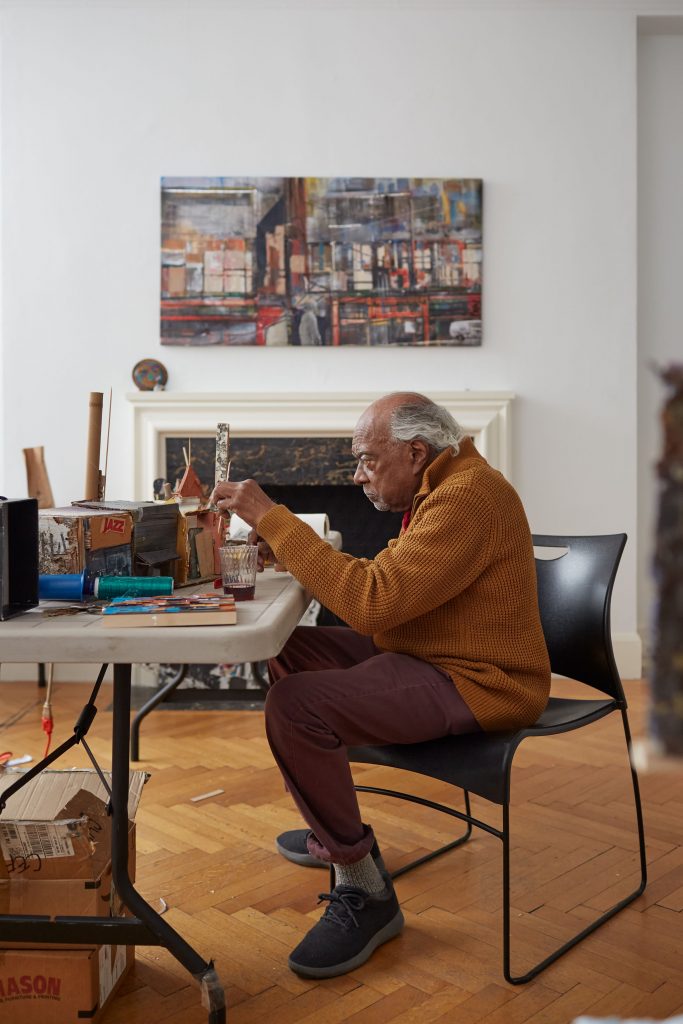 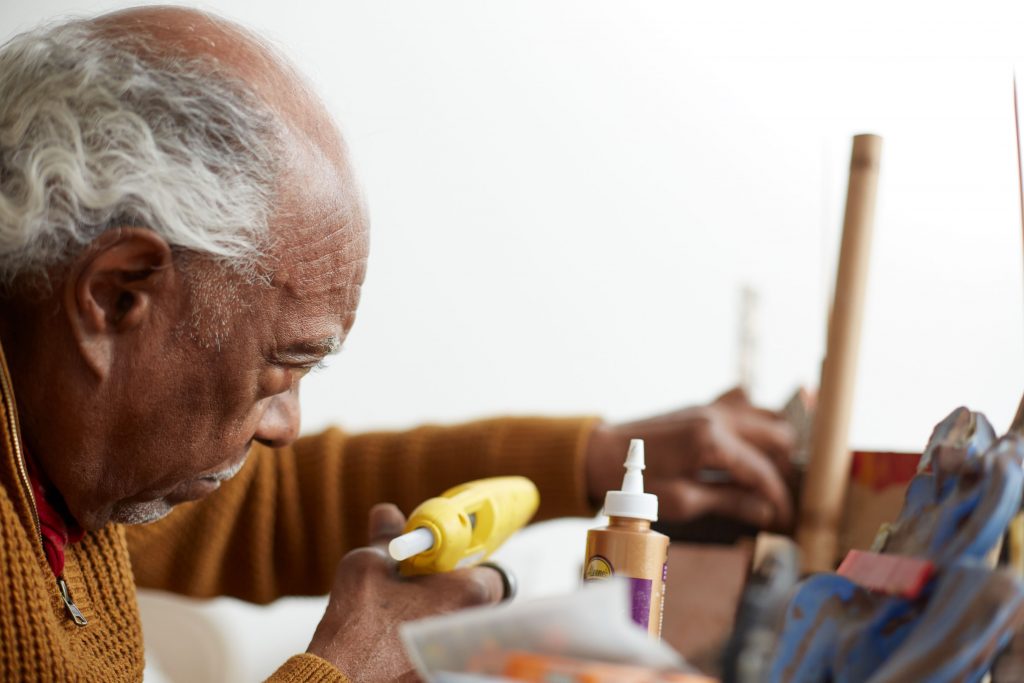 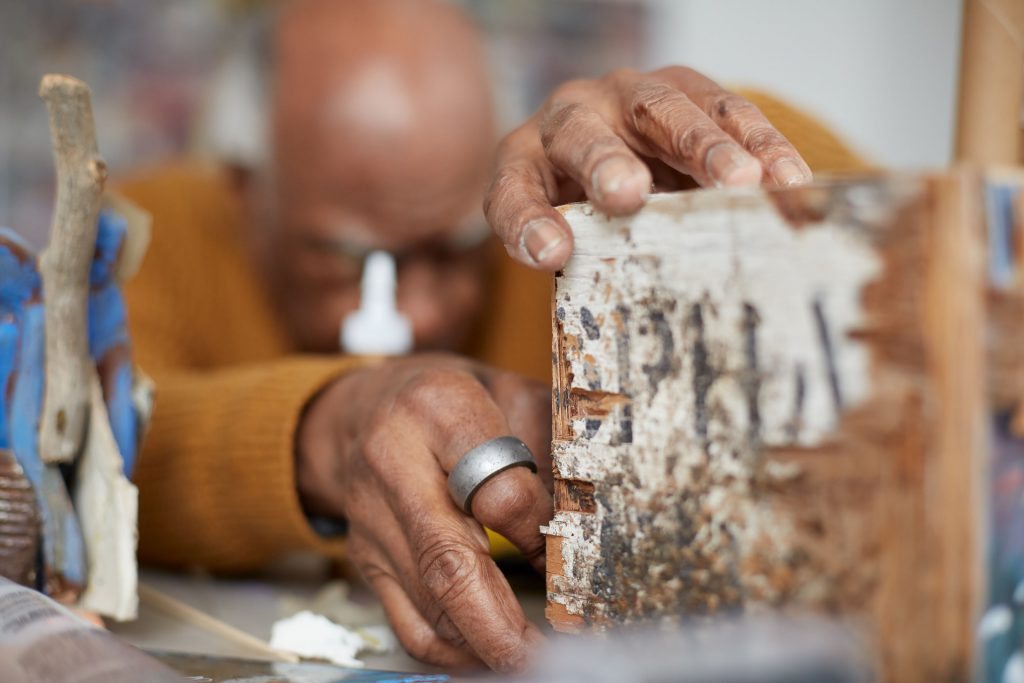 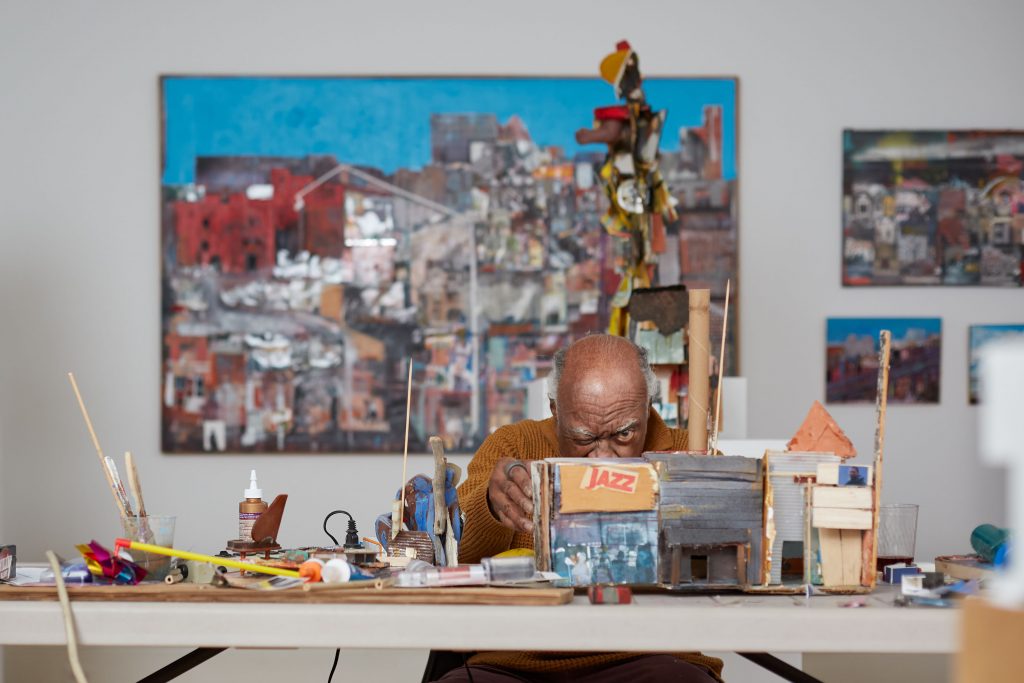 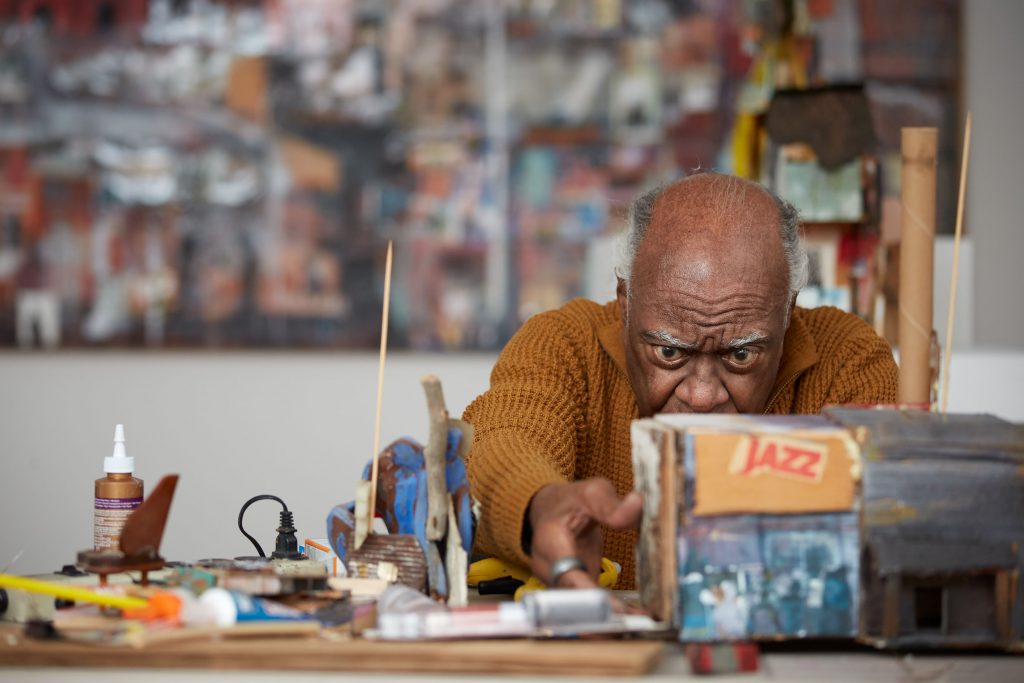 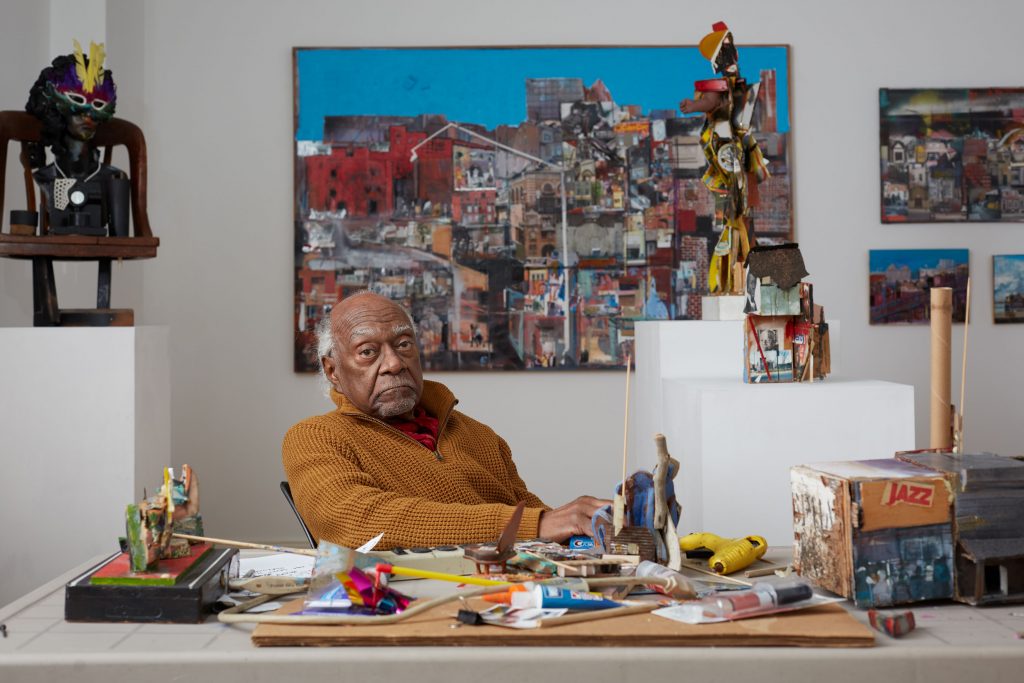 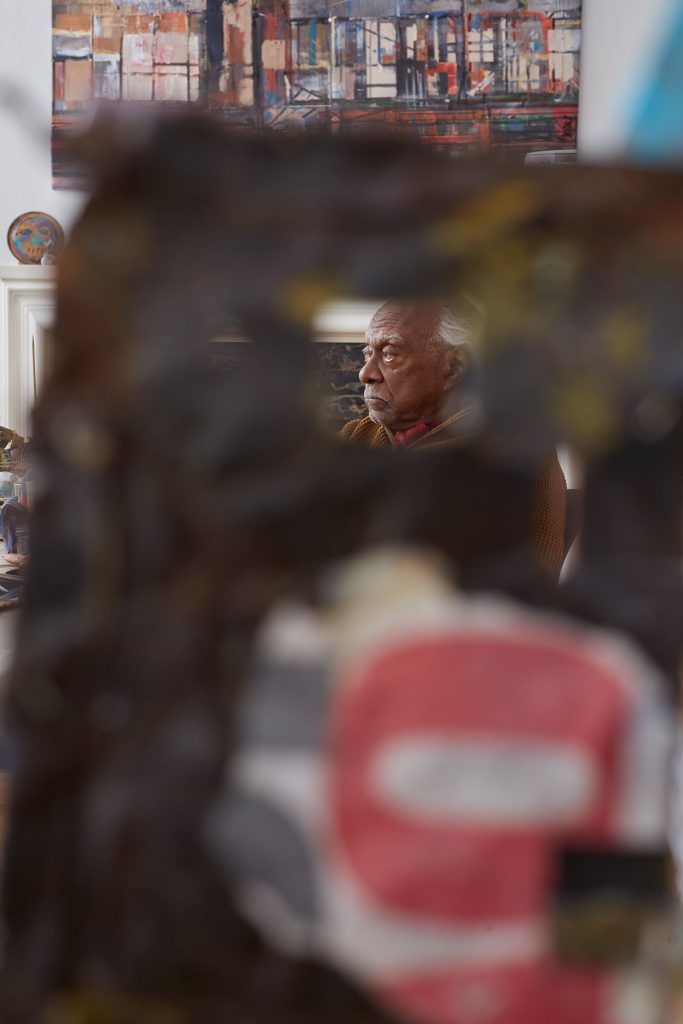 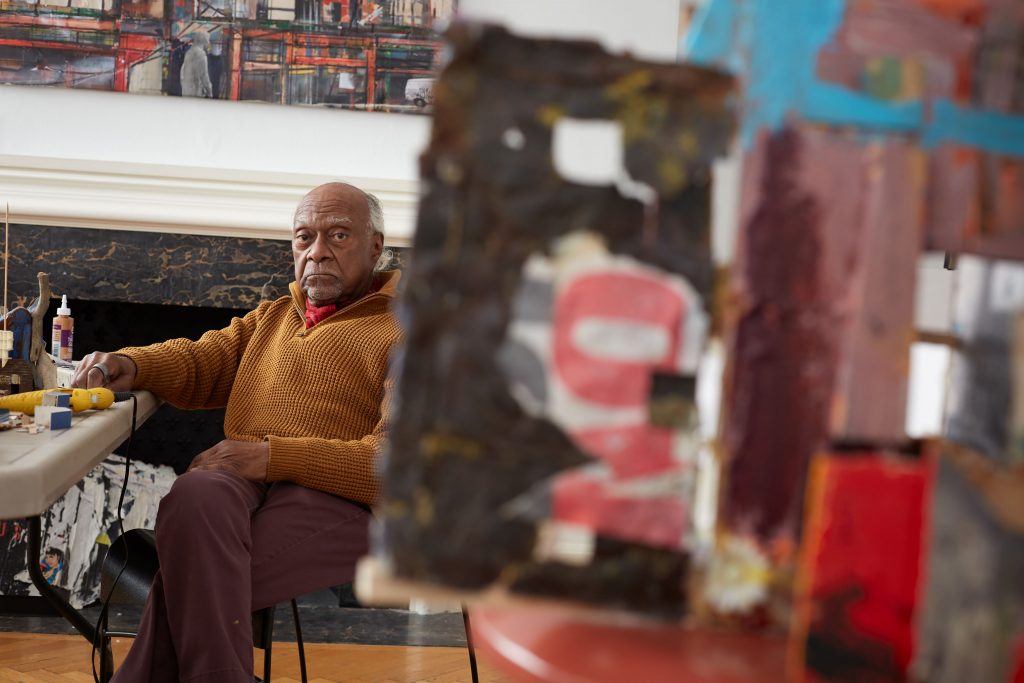 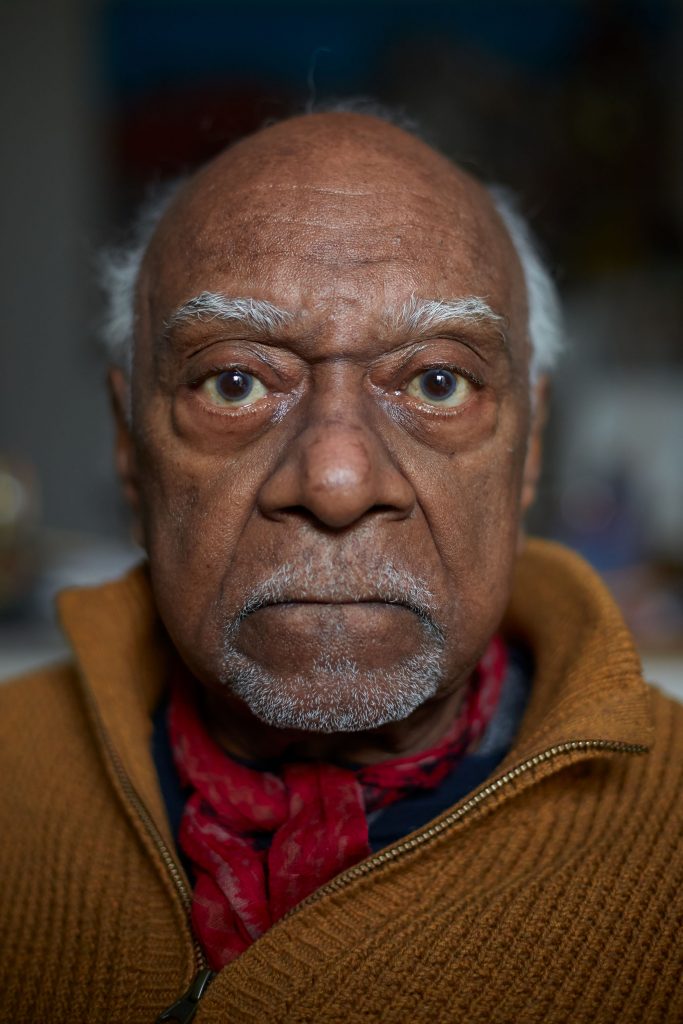 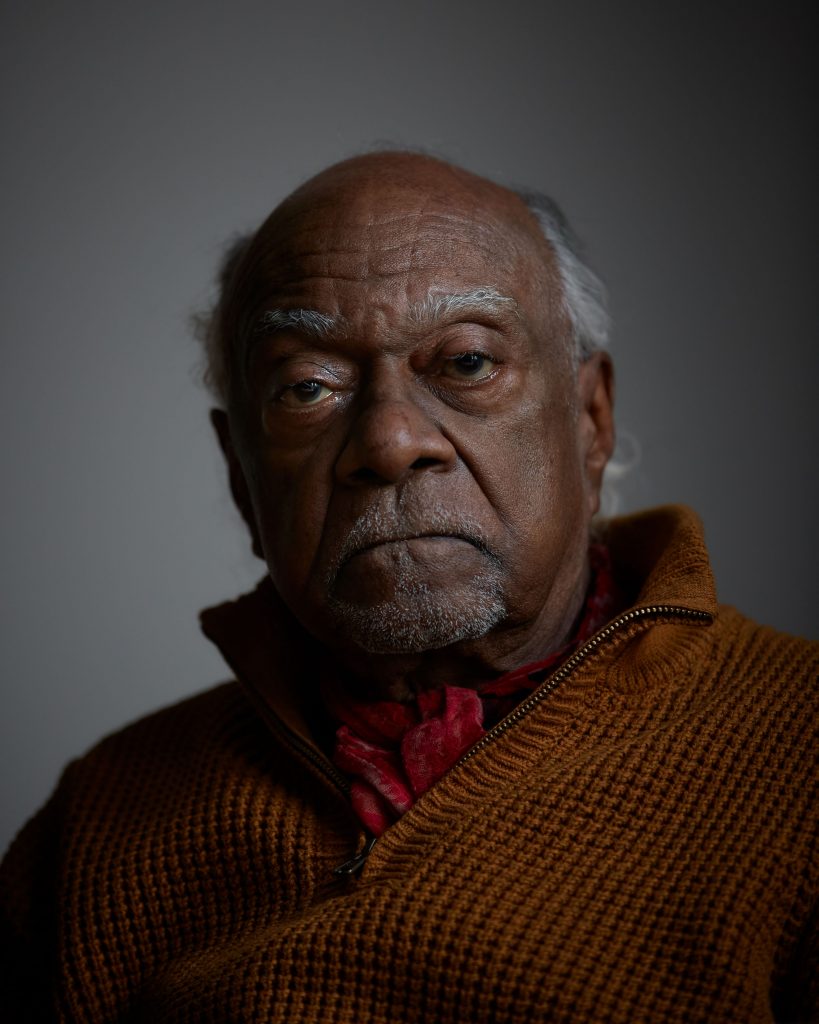 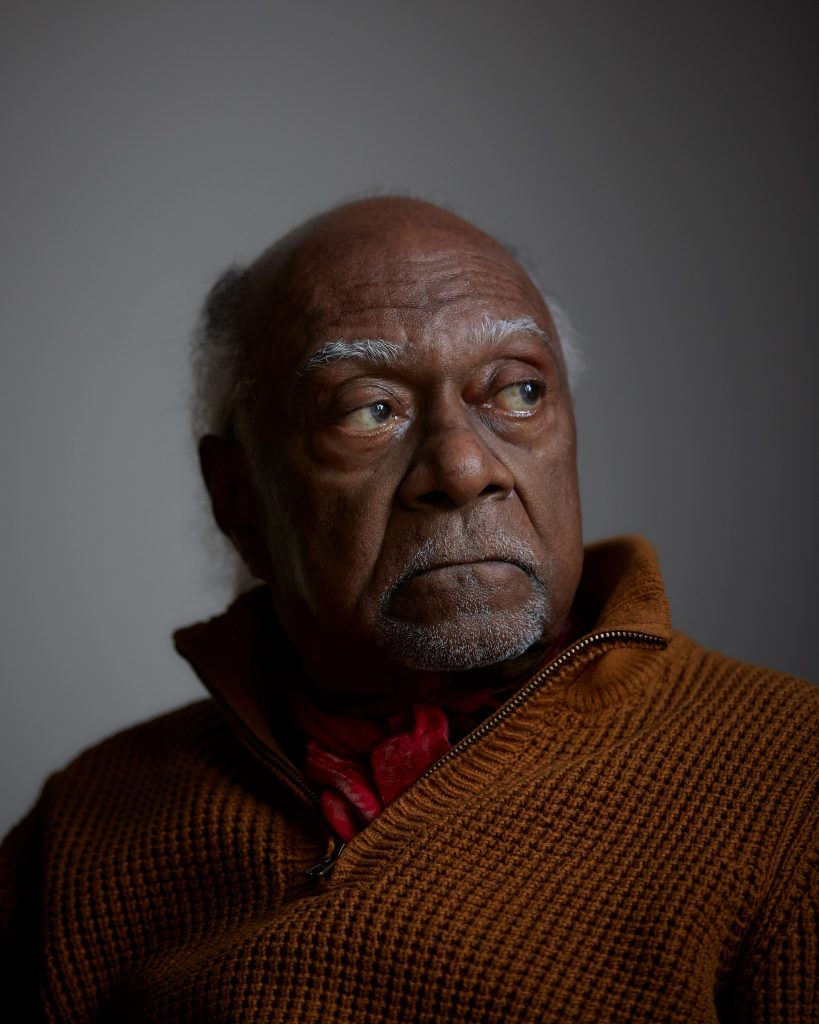 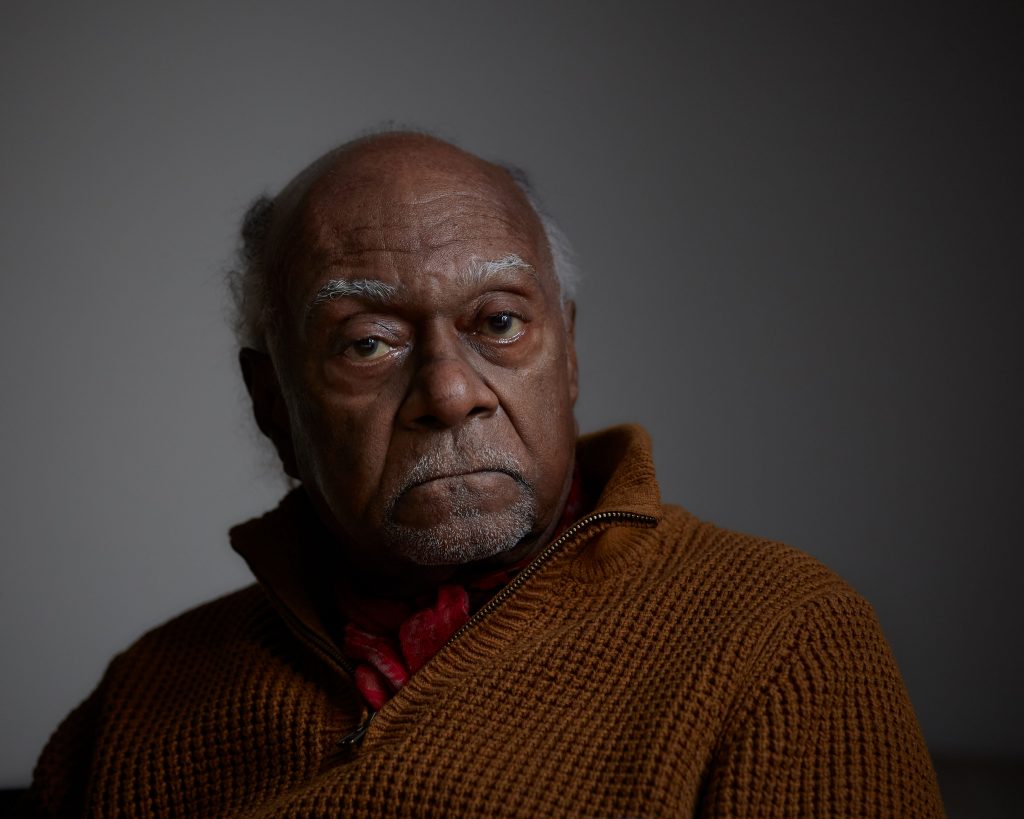