EDIT (4.9.2020) – My featured image with the blue tarp is currently part of a special print sale I am holding.  Click here to browse available prints.

I maintain a fine arts practice in addition to my commercial photography studio.  For a few years now, I have been producing work for a series entitled Cohocksink.  I have been using a culverted creek bed as a guide – the former Cohocksink Creek.  The work explores ideas of progress and self-worth, and is shot entirely within a one-square mile neighborhood in Philadelphia called Northern Liberties.  This neighborhood surrounds the buried Cohocksink, which still runs through it as a storm drain.  Once an industrial center (and later a haven for artists), in recent years the neighborhood has become heavily residential and decidedly up-scale.  New construction routinely sells for hundreds of thousands of dollars.

What’s The Story With These Two Photos?

I lived next to these houses.  For two years, I lived in a small apartment in the brick building to the left of the frame.  These new construction homes were both built in 2012.  The first image was taken in late 2015.  Although the buildings were only three years old, the outside sheathing had to be removed from this building because of poor weather sealing.  It needed to be replaced, along with a sizable portion of the plywood underneath that was covered in mold.  At the time, I wondered how the owner of the attached twin felt about the whole thing (I could guess, of course).  I wondered if they had begun testing their own home for mold.

One year later, in late 2016, the house’s twin was placed for sale and sold for over $600,000.  That answered that question.  I wondered what had been disclosed during the course of the sale.

Jump forward two years, to late 2018.  I was no longer living in the same apartment, but I happened to pass through the area again.  I came upon the second scene.  This second house, the one which had been sold for over half a million dollars in late 2016, had it’s sheathing torn off in the exact same way to mediate for mold in the exact same way. 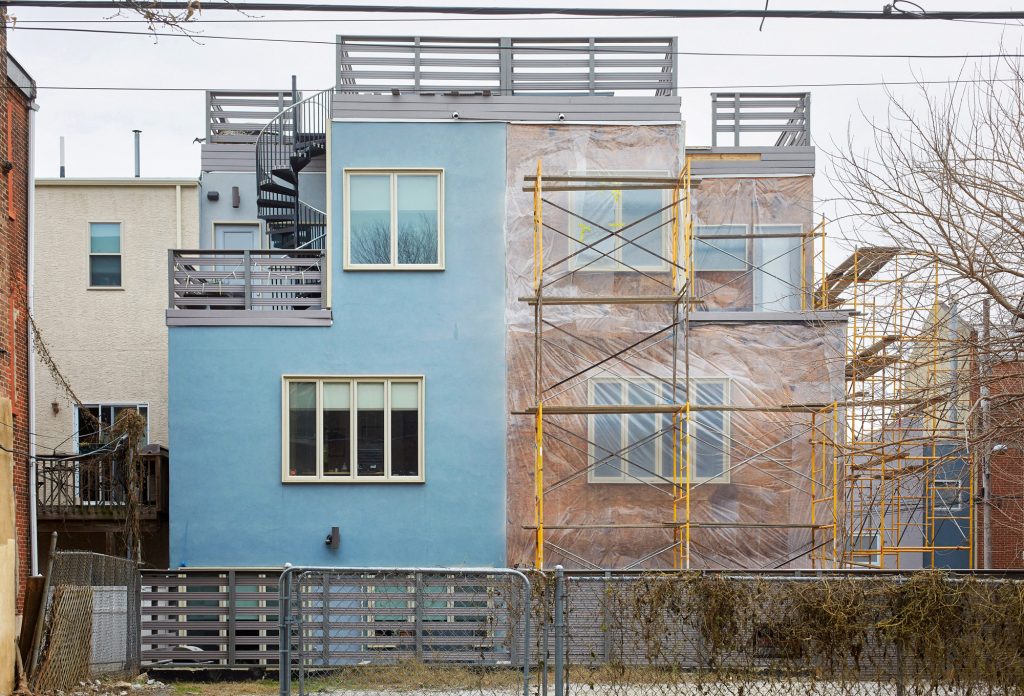 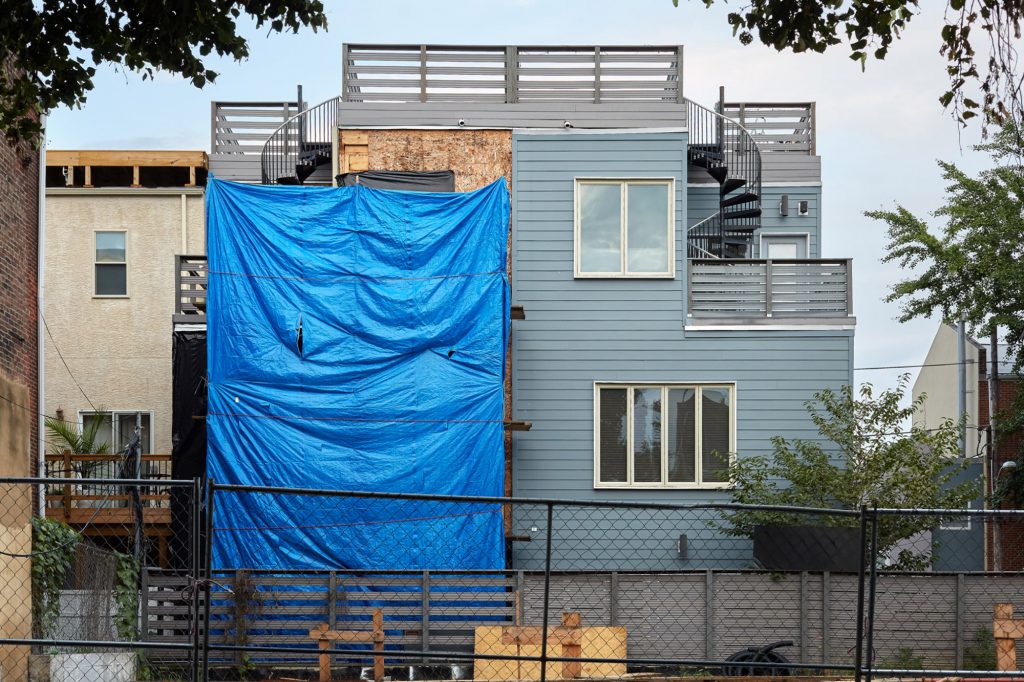