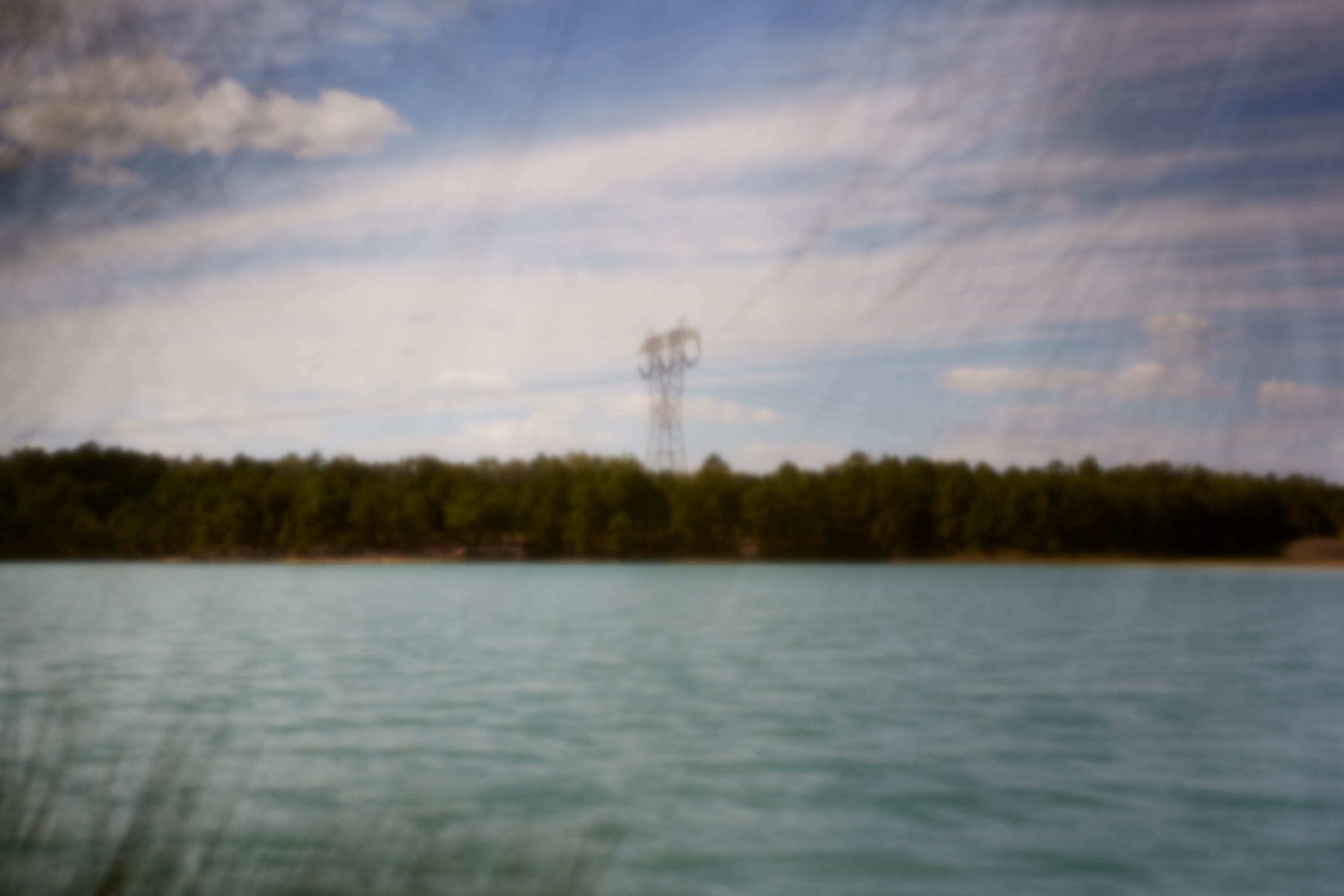 I maintain a fine arts practice in addition to my commercial photography studio.

My work often challenges perceptions of progress and personal betterment within contemporary American society. This particular work examines the relationship of two things that are very topical, and very closely linked to the American concept of progress; land use, and resource consumption.

What is a Blue Hole, Matt?

Blue Holes are small bodies of water, strikingly blue in color, and reliably cool regardless of the ambient air temperature.

There are many in Southern New Jersey, spread throughout a large forested area known as the Pine Barrens.  One in particular (in Winslow, NJ) is closely tied to the local legend of the Jersey Devil.  Less blue than the others, it’s said to be a favorite haunt (boooo) of the Devil; perhaps even the portal from which he emerged from Hell!  Rumor is that it’s bottomless.  Drowned swimmers have been pulled from the depths with strange and disturbing injuries.  It’s eerily quiet and perfectly clear at all times. Etc.

For all of the stories linking Blue Holes to the Jersey Devil (and there are many), in reality they are simply abandoned sand and gravel quarries.  The mining of sand and gravel dates to the late 18th century in southern New Jersey, and many have been disused and abandoned for decades.  Bottoms lined with industrial waste, and often quite deep, they are a very popular spot for parties and swimming during the summer months.  The striking blue color is a result of high sulfur content.

The idea of land use and resource extraction interests me.  As politicized as climate change has become in today’s  landscape, one objective reality is this – resources that can be obtained solely by extraction are finite.  Some, like wood, can theoretically be harvested in a sustainable way.  For others, once they’re gone, they’re gone. There is only so much oil, so much gas, and so much coal.

The Pine Barrens of Southern New Jersey have an industrial past that is not always easily seen.  It was at one time home to charcoal, iron and glass production.  Iron was used for weapons during the Revolutionary War and the War of 1812, with charcoal powering the furnaces.  A collection of iron furnaces spread throughout the Barrens.  Thriving communities to support them grew as well.  Once coal was discovered in the 1790’s in Pennsylvania, and iron ore began being mined more cheaply in that same state in the 1850’s, these industries in New Jersey quickly disappeared.  This left a series of ghost towns in the woods.

Blue Holes are a part of that industrial past.

Got it, Thanks. So Why Garbage?

I made these photographs while applying for a residency in Philadelphia called RAIR.  RAIR stands for Recycled Artist in Residency.  The residency is held within a construction and demolition reclamation site in Northeast Philadelphia.  It offers residents access to hundreds of tons of construction material every single day, with the mission of challenging the perception around waste culture.

To make these photographs, I found an empty can left behind on the shore of this particular Blue Hole (it wasn’t hard) and constructed a pinhole lens out of it.  Using this site-specific piece of equipment, I photographed the landscape.  My intent was to engage a conversation around the commodification of land; specifically, as it relates to consumer waste culture.

A pinhole camera is exactly like what it sounds like; a camera with a lens consisting solely of a tiny hole.  I used a piece of metal cut from a beer can for these images.  Aluminum cans are easy to work with and can be cut with standard scissors, but any thin opaque material would work.  Once the hole was punched using a sewing needle, the metal was sanded down and covered in black sharpie to limit reflections.  I then mounted it to the front of my camera.

The trade-off is an increase in a property known as diffraction.  When one stops down their lens, the same amount of light waves need to fit through a smaller and smaller hole.  This forces the waves to then bend to cover the film plane.  As the lens is stopped down further, the waves need to bend more and more aggressively to cover a progressively larger area relative to the aperture opening.  The act of bending results in the light being inaccurately captured by the film.  This is conveyed visually as fuzzy images.

When working with pinhole photography, the depth of field is effectively infinite.  However, because of diffraction, the resulting images are quite fuzzy as well. 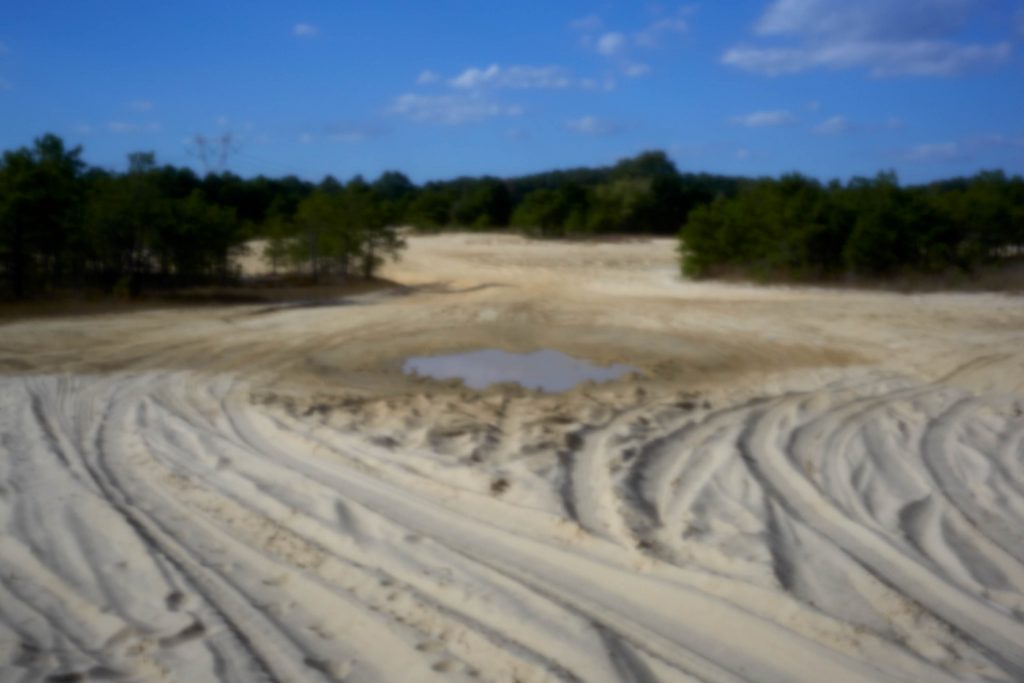 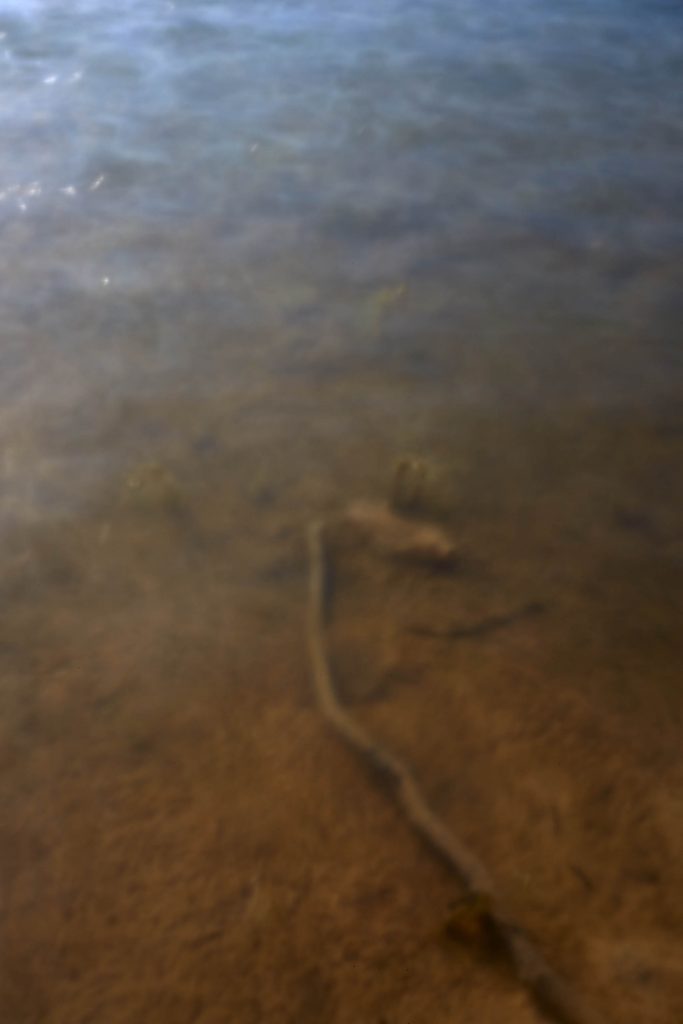 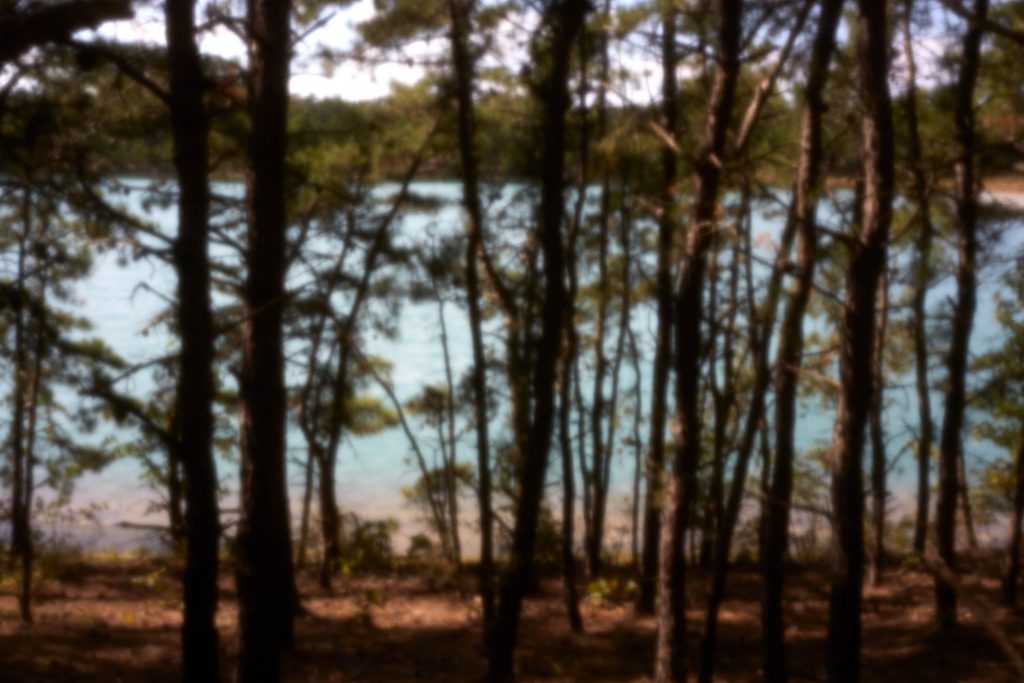 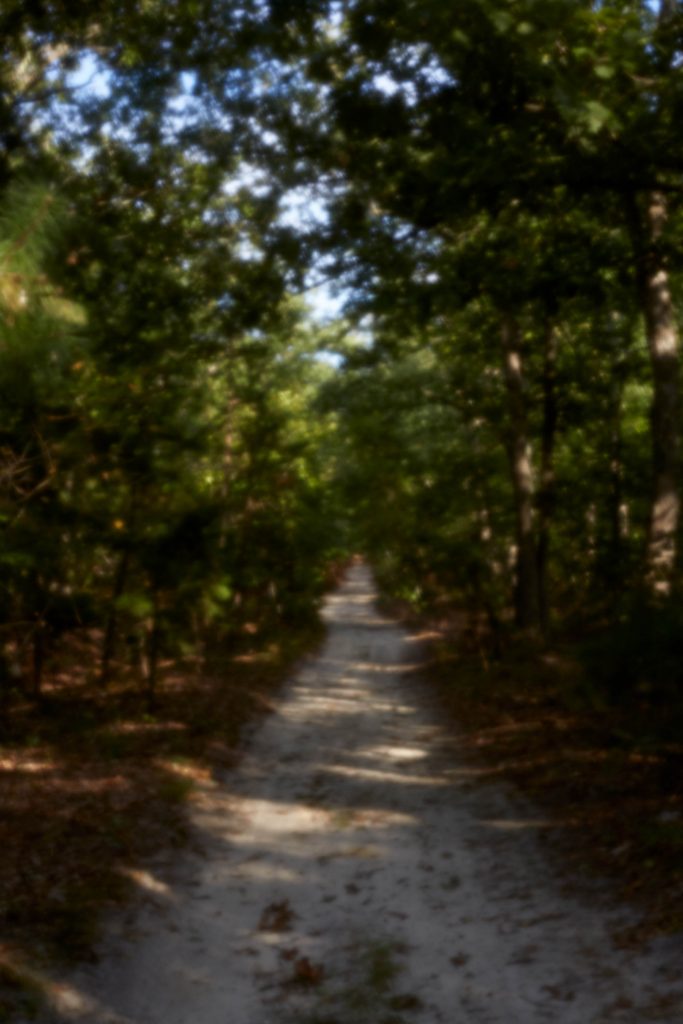 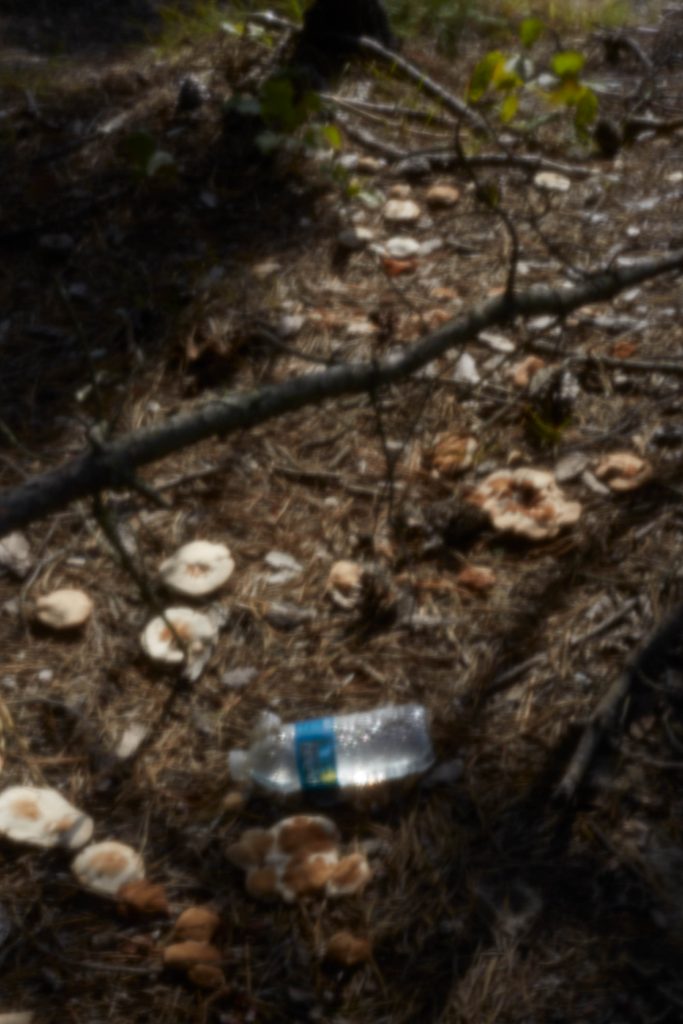 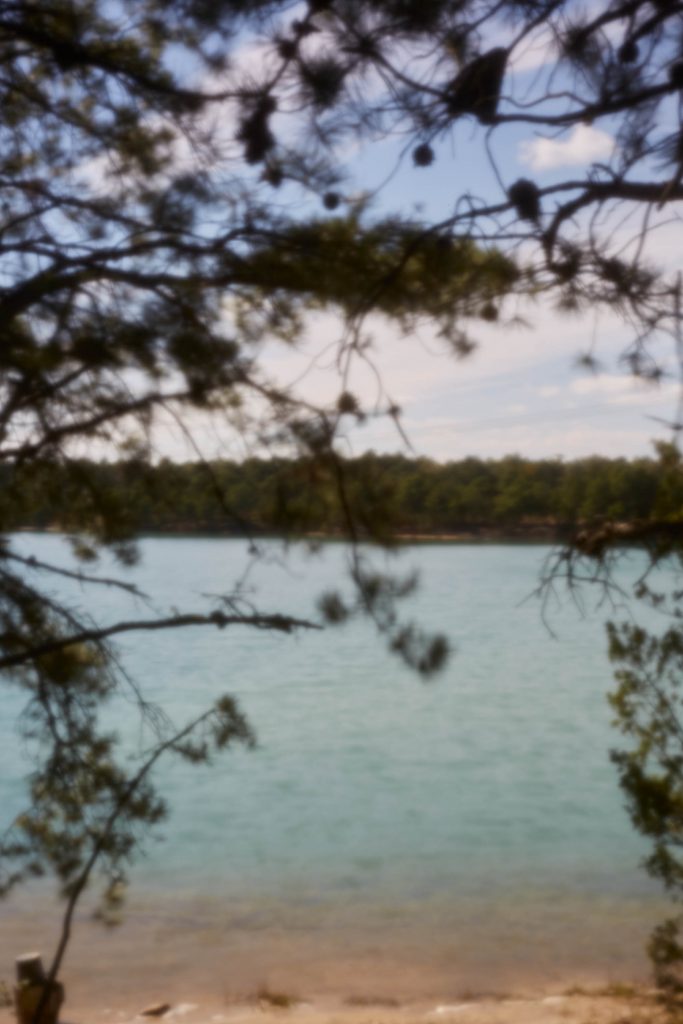 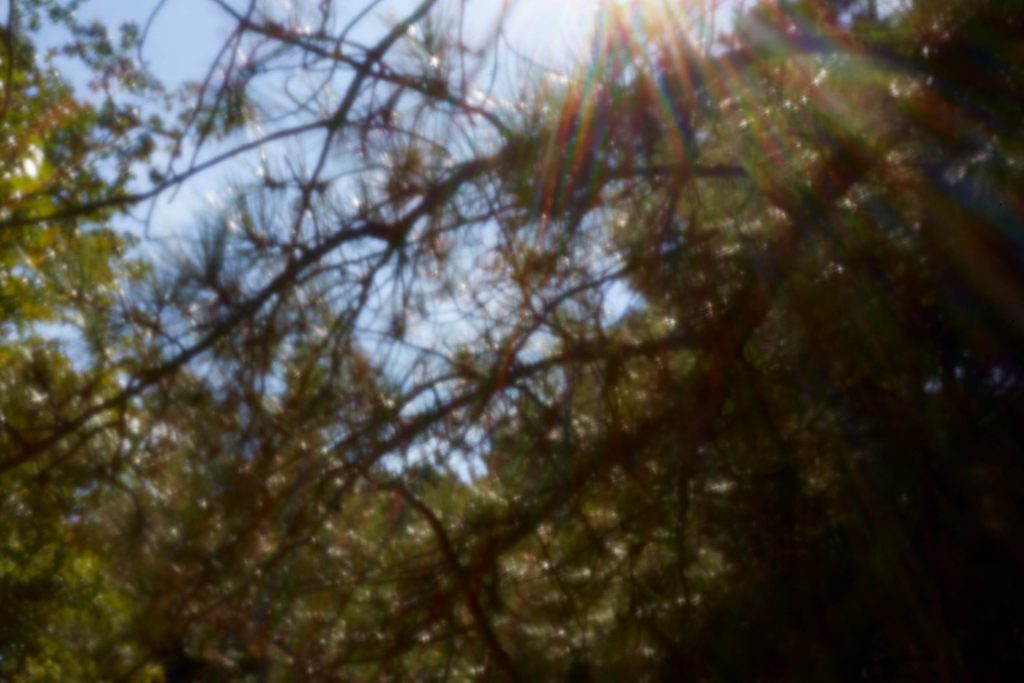 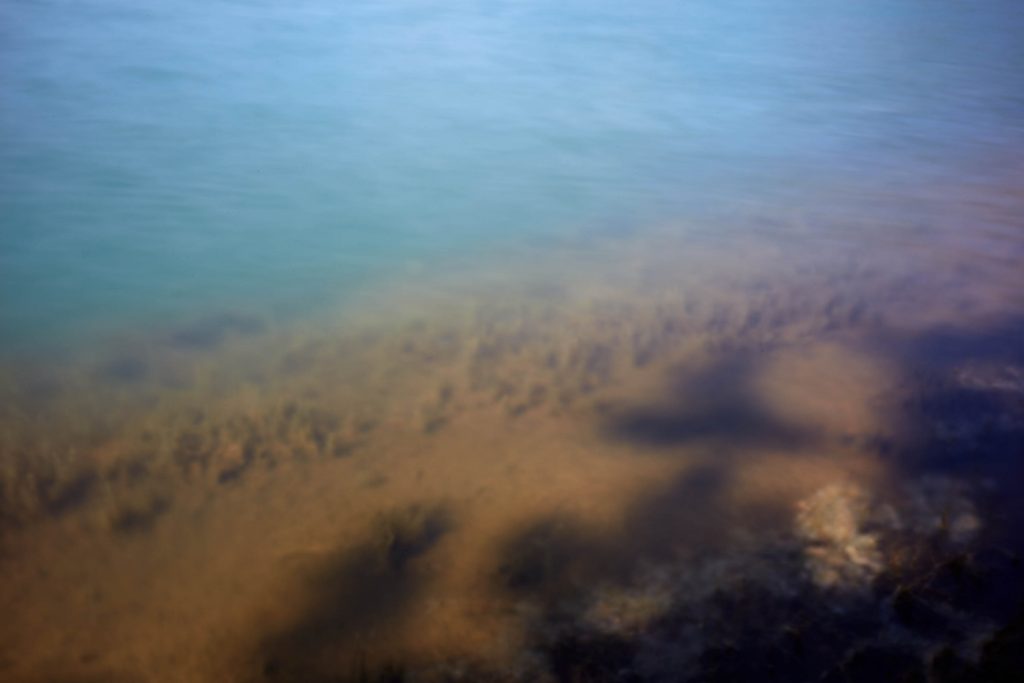 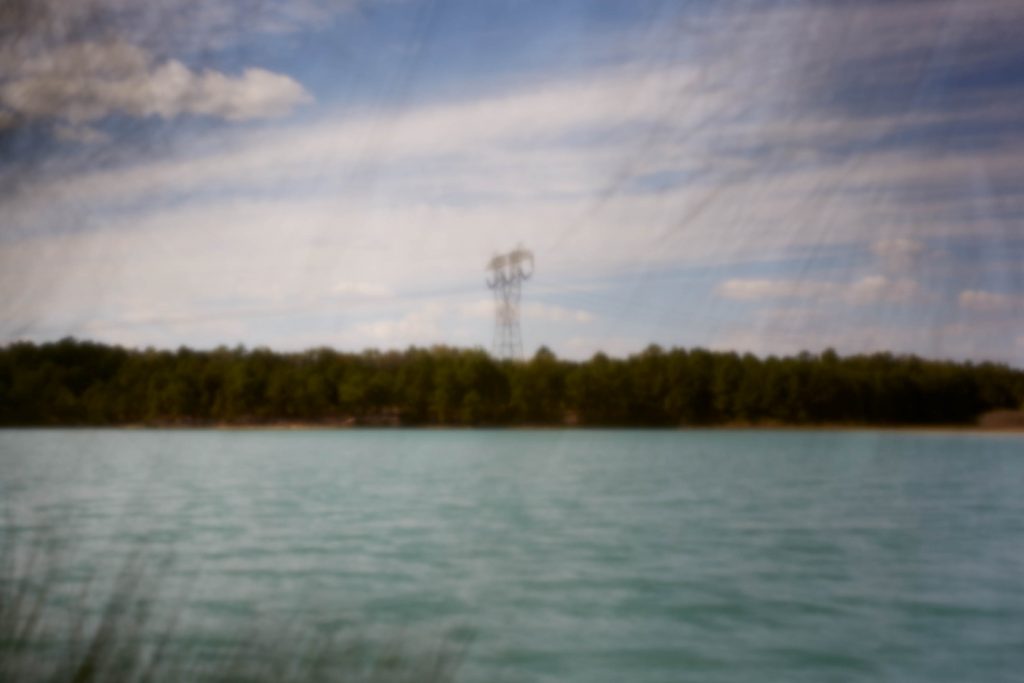 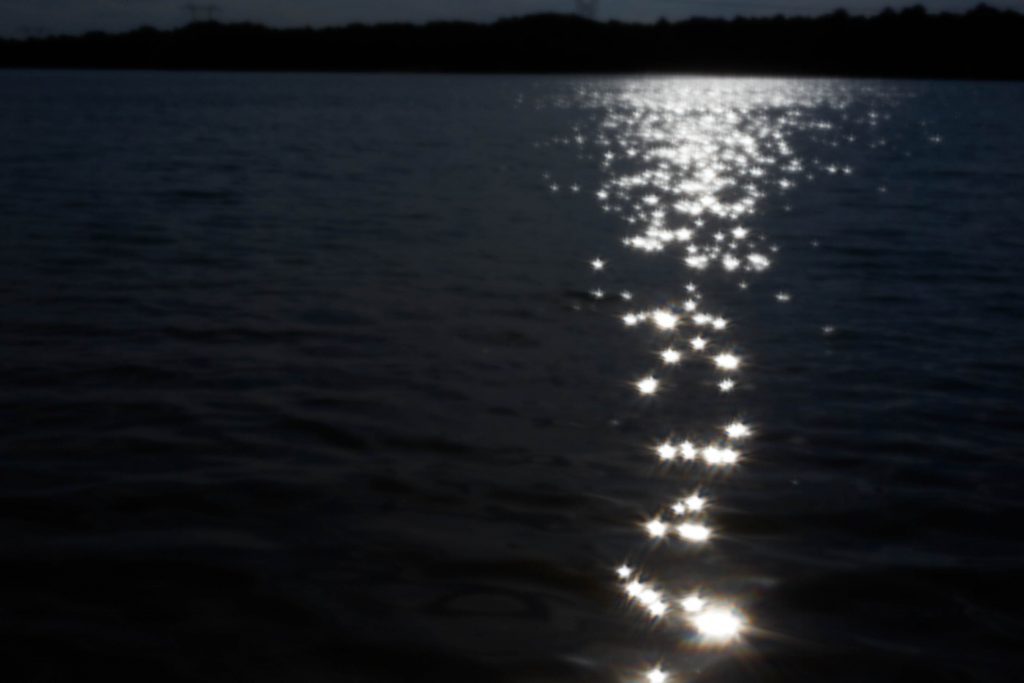